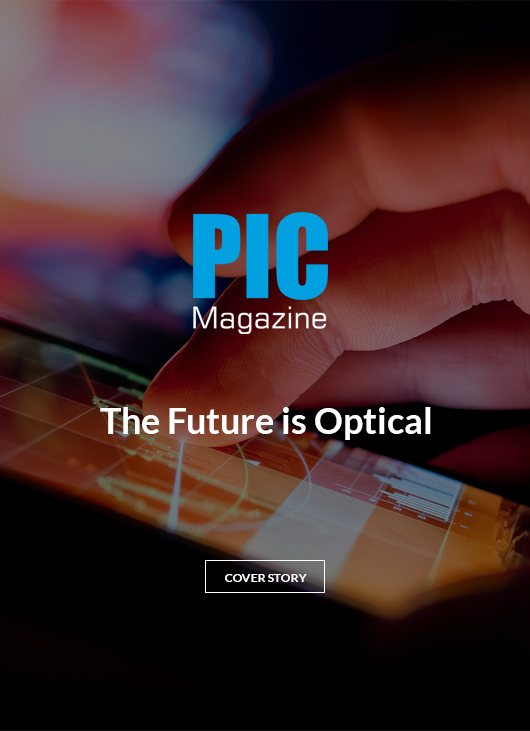 The Future Is Optical!

The mainstream adoption of cloud computing applications and the projected, sevenfold increase in global mobile data traffic between 2016 and 2021 are just some of the recent trends that continue to boost the demand for high-speed broadband communications.

To cater for that need, the international research community has increasingly been focusing on advancing optical communication systems, using light to transport huge amounts of data from one place to another.

The need for (ever more) speed
To transmit those light beams "“ and the data they carry "“ optical communications systems make use of optical fibers; flexible, transparent (glass or plastic) fibers with a diameter slightly thicker than that of a human hair. Compared to legacy (copper) cables, they enable data to be transmitted over longer distances, considerably faster.

At the September 2017 European Conference on Optical Communication (ECOC), for instance, Japanese researchers presented a massive breakthrough in terms of how much data can be transmitted through a single optical fiber "“ reaching a transmission speed of 10 petabits (10 million gigabits) per second; a landslide achievement that will undoubtedly revolutionize the way in which intercontinental fiber-optic communication networks will be built and operated going forward.

Figure 1: Cisco Systems projects that the demand for mobile data traffic will increase seven times between 2016 and 2021.


In pursuit of these ever more powerful optical communication systems, increasingly faster and efficient optical transmitters and receivers at both ends of the optical fibers need to be developed. That is exactly one of the key strengths of our researchers at IDLab, an imec research group at Ghent University.

Breaking the barriers of fiber-optic communications Our research in this space aims at improving the performance of four technologies in particular:

Short-reach datacenter interconnects: using fiber optics to interconnect servers in a datacenter to an Ethernet switch, so as to provide access to network resources or allowing server-to-server communication;


Passive optical networks (PONs): a network architecture in which a single optical fiber provides multiple end-points (such as homes and offices) with high-speed broadband connectivity;

Long-reach coherent technology: enabling the long-distance transmission of massive amounts of data over a fiber-optic cable by using modulation of the amplitude and phase of the light, as well as transmission across two polarizations;

Radio-over-fiber for 5G (and beyond): as 5G networks require the deployment of a multitude of small cells, radio-over-fiber (RoF) technology allows wireless signals to be optically distributed to these cells directly at high frequencies and converted from the optical to the electrical domain before being amplified and radiated by an antenna; as a result, no frequency up-down conversion is required at the cell, which results in less complex and more cost-effective implementations.

In 2017, our teams contributed significantly to pushing the data rates that these technologies can accommodate. In the datacenter realm, for instance, the broadband speeds attained by our demonstrators run 5 to 10 years ahead of the Ethernet Alliance's standards. And the same goes for our research into PON networks, where we currently achieve bitrates 5 times higher than today's commercial solutions.

Figure 2: Imec and its IDLab research center are testing new approaches to optical communication. Shown is the testing environment of imec's new "˜optoantenna' that eliminates the conventional electrical amplifier previously required to create an RF signal.