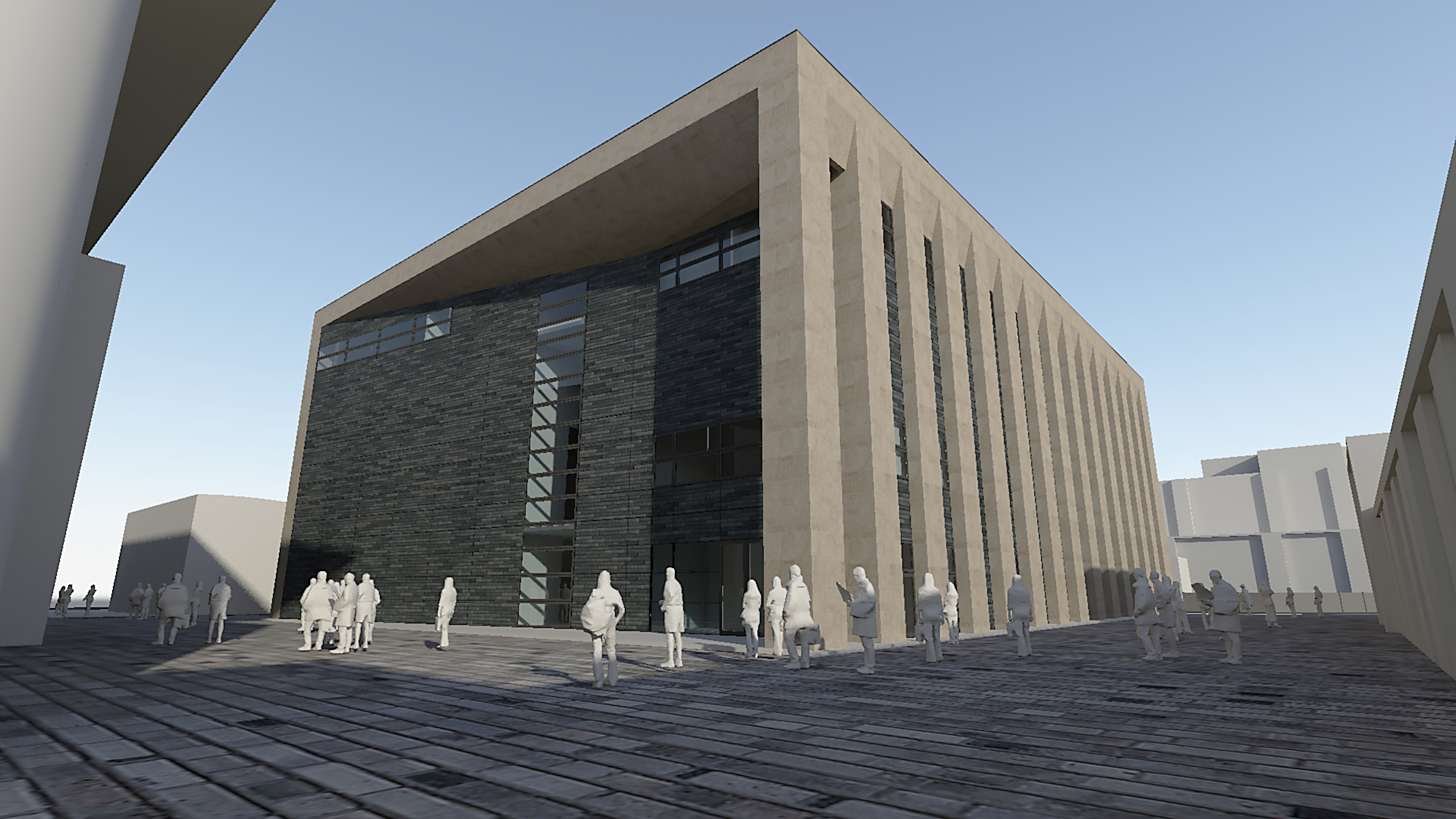 A new state-of-the-art facility that will bring together groundbreaking research with technology development in the field of semiconductor science and engineering is to be built at Swansea University, following the announcement of a major £30 million capital investment by the UK Research Partnership Investment Fund (UKRPIF).

The UKRPIF funding for the new Centre for Integrative Semiconductor Materials (CISM), which will be built at the University's Bay Campus, was announced by Chris Skidmore MP, Minister of State for Universities, Science, Research and Innovation at a UKRPIF showcase event in London today. UKRPIF requires double-match funding from non-public sources - business, charities or philanthropic sources and so CISM will also receive support worth nearly £60 million from major South Wales-based semiconductor companies in the CS Connected Cluster alongside 9 other industry partners, which will ensure the centre's sustainability in the long-term.

Eleven projects are being funded through Round 6 of UKRPIF, totalling over £670m of new investment into UK research and innovation. Funding includes £221m of public funding from UKRPIF and over £450m of committed co-investment from businesses, charities and philanthropic donors.

The CISM building, which is expected to be completed in the first half of 2021, will be a hub where manufacturing meets research and development. The centre will pioneer new technologies and products and will grow and nurture the skills and talent to keep the UK semiconductor industry at the leading edge.

Swansea University academics will be working with partners at Cardiff and other UK universities to support the growth of the semiconductor industry by addressing their needs, not only in the short and medium term, but charting the long-term future with innovative, application-driven research and development. It will also provide a range of services such as prototyping and process development, specialist analytical services, incubation, engagement, training and access to the UK and EU innovation grants portfolio.

The three-storey building will house a state-of-the-art and industry-leading clean fabrication environment, research laboratories and office facilities and will use sustainable, energy efficient building techniques and renewable energy technology including solar PV and heat recovery.

The CISM concept was jointly developed by the Swansea University team in close collaboration with the regional industry in the CS Connected Cluster. Engineers from the partners have helped design the proposed new facility and bring industrial state of the art principles to the new building.

Sam Evans, Director of External Affairs of Newport Wafer Fab, UK's largest semiconductor campus and a CS Connected partner added: ‘'This investment in CISM will help the Compound semiconductor cluster establish breakthrough technologies at the heart of the fourth industrial revolution . CS Connected has ambitious plans to place Wales and UK in the fast lane of the twenty first century''

Kevin Crofton, Corporate Executive Vice President at Orbotech and President of SPTS Technologies, commented: “CISM is a genuine example of industry, universities and multiple levels of government coming together to support economic growth and job creation in an area of significant opportunity."