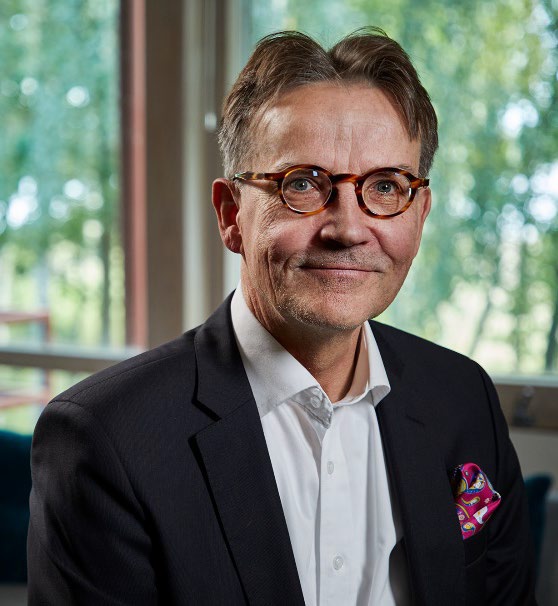 Mr. Kustaa Poutiainen, The Chairman of the Board and founder of Picosun Group

The Chairman of the Board and founder of Picosun Group, Mr. Kustaa Poutiainen, has been awarded as Finland’s Entrepreneur of the Year 2020. Mr. Poutiainen received the National Entrepreneur Award in the annual meeting of the Federation of Finnish Enterprises in Jyväskylä on 17th October. The award is given every year to four Finnish entrepreneurs as a recognition of exceptional entrepreneurship.
Picosun provides ALD (Atomic Layer Deposition) thin film coating solutions to global microelectronics and other industries. ALD was invented in Finland in 1974 by Picosun Board Member Dr. Tuomo Suntola, who in 2018 received the Millennium Technology Prize in recognition of his invention. ALD is a mature, key enabling technology in today’s semiconductor manufacturing, realizing the development of modern microelectronics according to the Moore’s Law. ALD is expanding rapidly to other fields of industry as well, and it is expected to bring a fundamental disruption especially to healthcare technologies, where Picosun’s PicoMEDICAL™ solutions have already enabled several new innovations.
“Even if we had great premises to start manufacturing ALD equipment, not everyone believed in us in the beginning. Our personnel did and showed what they are capable of. It has taken us to a path of excellent growth,” says Poutiainen.
Picosun’s first customers, when the company entered the ALD business in 2004, were universities and research institutes. Now, the world’s leading electronics manufacturers and other companies turn to Picosun when they need the most advanced thin film coating technology to stay spearheading their own industries. Even in the middle of the global pandemic, Picosun’s turnover is expected to grow 50%, which is remarkably higher than the market’s average of 15%.
“Since day one, our vision was to be the best in the world. We have already achieved this with our R&D ALD tools, and now we are heading further. We invest a significant amount of our turnover in development of our ALD solutions and our personnel so that we can always exceed the expectations of our customers. It is an honor to receive the National Entrepreneurship Award of Finland, and it is an honor to be a part in steering Picosun towards the future, which looks very bright indeed,” continues Poutiainen.
“The whole Picosun team wants to congratulate our Chairman, Kustaa Poutiainen, on this prestigious award. We are very proud of his significant contributions and role in enabling the international breakthrough of Finnish originated ALD technology. I am sure that the entire global ALD community appreciates his efforts and joins our congratulations,” summarizes Mr. Jussi Rautee, CEO of Picosun Group.