A Logical Switch To The Vertical Direction 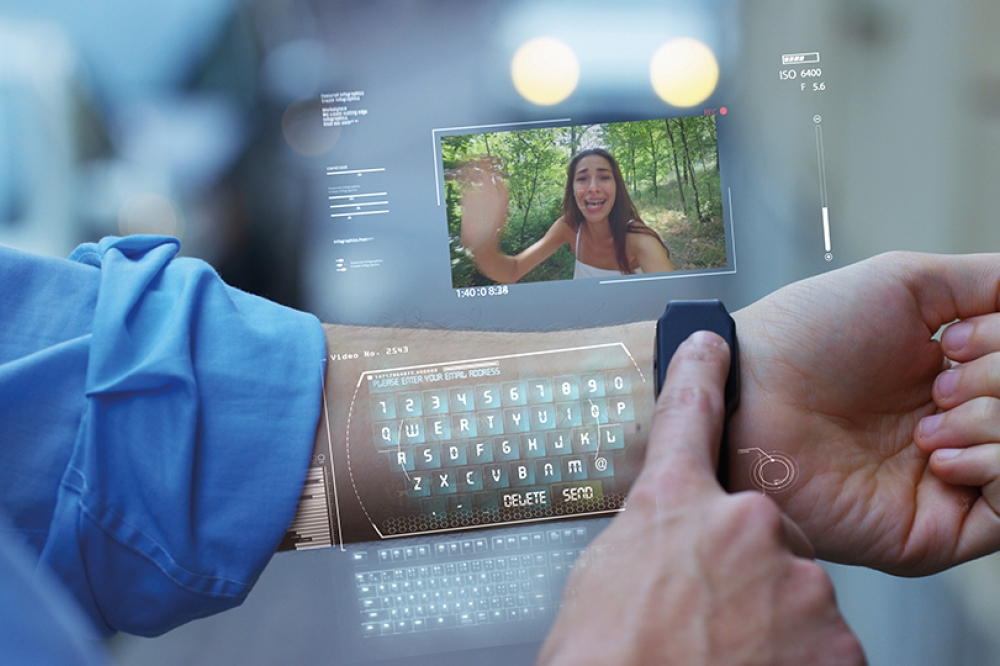 Surging sales of wearable devices will drive a new era for the IC, with planar FETs replaced with vertical gate-all-around transistors

BY KATSUHIRO TOMIOKA FROM HOKKAIDO UNIVERSITY

WHEN COMMERCIALIZATION of the IC began back in the 1960s microprocessors would feature a dozen or so transistors, each with dimensions of tens of microns. In the intervening years we've come an awfully long way. Progressing at rates described by Moore's Law and Dennard Scaling, we have been on an exponential trajectory. While its not been easy at times, requiring the likes of the introduction of a high-κ gate oxide, metal gates, strained silicon and multi-gate architectures to keep up the pace, continued advances have ensured that the world's leading fabs are now churning out ICs with 50 billion FETs. The big question is this: given the exceptional miniaturization of the FET, how will researchers extend LSI from now on?

While these researchers ponder this, they must consider how the pandemic has changed the way we use electronic devices, and how electronics are developed. We now live in a world where there are fewer physical spaces and cyber spaces are on the rise. This has meant that working remotely is now the norm in many sectors, and socialising on-line is commonplace. There is also more interest in wearable augmented-reality devices. The likes of smart glasses, earphones, wrist bands and rings, previously thought of as gadgets of the distant future, are now the technologies we want to soon inhabit our world.

Getting there requires addressing concerns over wearable devices. Compared to smartphones and other forms of portable electronics, they have limited functionality. It also challenging to make them small enough, so that they are not cumbersome. Success on both fronts demands a new generation of high-performance LSIs to serve in a post-5G era. Our team at Hokkaido University, Japan, is tackling this challenge by developing a number of promising technologies. We have considered performance per unit volume, finding that when the system performance is represented by memory bytes, this plummets with the miniaturization of the device size (see Table 1). Due to this trend, we are convinced that wearable devices of the post-5G era need to contain a high-performance computing system.

What will the transistor technology look like in such a system? Consequences of miniaturisation indicate that it can't be based on planar integration, the mainstream architecture since the 1960s. We can also rule out the stacking of LSI chips - the so-called 3D integration or chiplets - due to serious thermal management problems. So a new integration schemes is needed, delivering much denser devices in a smaller footprint than modern LSI. This approach demands alternative switches, used to create small, high-performance architectures with ultra-low thermal dissipation.

Four ways forward
We are investigating four different approaches for producing modern FETs that could fulfil these requirements: an alternative FET structure, different channel materials, a new switching mechanism and a refined integration scheme (all are outlined in Figure 1).

An option for decreasing the off-state leakage current is to shift to a gate-all-around architecture. With this design, the gate metal wraps all around the channel to provide the best electrostatic control of the gate.

When it comes to replacing the channel material, there are several strong candidates for taking the place of silicon. Contenders include III-Vs, germanium, and two-dimensional transition-metal dichalcogenides. All promise to provide a high on-state current under low bias, thanks to their high carrier mobility and low electron/hole effective mass. However, the latter is actually a mixed blessing, as the small effective mass also results in a high tunnelling leakage current. So, when these alternatives to silicon are deployed in a multi-gate architecture, efforts must be directed at driving down the leakage current.

Another issue that can arise when using higher mobility materials is that there is an inherent mobility mismatch between the n- and p-channels - this is a problem in CMOS architectures. It may not seem a big issue, given that designers of LSI can adjust the device area to ensure current matching between n-channel and p-channel FETs. However, this is not possible when there is an extreme mobility difference, such as that found in some III-V/germanium materials. In these cases, more success might result from expanding the device area out of the plane, since faster channels are restricted to the vertical gate-all-around architecture.

When considering all the options for the choice of material and architecture, high on the wish list is a steep subthreshold slope, because this enables substantial reductions in the supply voltage and the power consumption. With modern LSI, there are inherent issues associated with increases in power consumption, and they are exacerbated as transistor density increases. The underlying cause is that electrons and holes follow the Boltzmann distribution. This physical law dictates that the minimum value for the sub-threshold slope, which determines the supply voltage for the FETs, is about 60 mV/decade at room temperature (the sub-threshold slope is equal to 2.3 kβT/q, where kβ is the Boltzmann constant, T is the temperature, and q the elementary charge). With the lower limit for the sub-threshold slope pegged at 60 mV/decade, the power consumption for the ICs has to increase as the integration density increases.

Fortunately, there is a way to overcome this limitation. What's needed is to switch to a device that operates on non-thermionic processes, as they are not governed by the Boltzmann distribution of carriers. Operation of such devices may be based on quantum tunnelling, impact ionization, negative-capacitance, or mechanical vibrations. With any of these switching mechanisms the sub-threshold slope can be far steeper than 60 mV/decade.

A history lesson
Back in the late 1980s, Japanese engineer Fujio Masouka and his co-workers, working at Toshiba, invented the first vertical gate-all-around FET. Masouka, incidentally also the inventor of NAND flash memory, referred to this device as the surrounding-gate transistor. Whatever its name, it is a device that that will change the integration paradigm. Right now, all electronics devices used in our daily lives are based on the electronics of the 1960s. While deviating from this is certainly challenging, it has to happen, with a shift to the designs shown in Table 1. It is a change that is certainly feasible, since flash memory already uses a type of vertical gate-all-around architecture.

Our view is that all the alternative technologies overviewed in Figure 1 need to be mutually developed to realize a wearable, augmented-reality device with a high-performance computing system. We expect that heterogeneous direct integration of III-V nanowires on silicon and vertical gate-all-around tunnel FETs will both play an important role in this development, because nanowires with a tunnel III-V/silicon junction can include all of the technologies shown in Figure 1. A key attribute of TFETs that comprise all these technologies is that they have a much lower sub-threshold swing, allowing the supply voltage to plummet to just 0.2 V.


One of the challenges with the TFET is ensuring a high enough on-current. As its value is determined by the tunnelling probability, this current depends on junction material characteristics, such as energy gap, effective mass and screening tunnelling length.

We have targeted a high on-current and a low sub-threshold slope when developing our devices. The design that we have trailblazed is a vertical gate-all-around TFET with a vertical InGaAs nanowire/silicon heterojunction and modulation-doped, core-multishell nanowire heterostructure. Selective-area growth is used to form this transistor.

There is much merit with our design. There is a staggered type-II band discontinuity at the n-InGaAs nanowire/p-silicon junction that aids TFET operation. What's more, the vertical gate-all-around structure of the grown nanowire channels only modulates the potential of the InGaAs nanowire-edge - degeneration of the p-silicon is neglected, resulting in potentially good electrostatic gate control, key to obtaining a steep sub-threshold swing. Yet another asset of our architecture is that the two-dimensional electron gas that is generated by our core-multishell structure increases carrier concentration and tunnelling probability at the nanowire/silicon junction, and ultimately boosts our on-current.

A representative growth by our team results in vertically integrated nanowires on silicon, based on InGaAs/InP/InAlAs/δ-doped InAlAs/InAlAs/InP core-multishell layers (see Figure 2). Within these structures, there is a core In0.8Ga0.2As nanowire-channel with a: 200 nm-long, nearly intrinsic a zinc-pulsed doped layer; a 400 nm-long part with a silicon-doped layer; and a 600 nm-long part, heavily doped with tin. We use this axial junction to adjust the series resistance in the nanowire-channel, and to induce a large internal electric field under low bias. The thicknesses of the InP, InAlAs, δ-doped InAlAs, InAlAs, and InP capping layers are about 2.5 nm, 1.0 nm, 1.0 nm, 1.0 nm and 3.0 nm, respectively. Those values indicate that in these heterostructures fine 3D nanostructures can be precisely controlled on the atomic layer scale by selective-area growth. Critical to device performance is the inclusion of the inner InP shell layer, which facilitates the combination of a two-dimensional electron gas and quantum tunnelling.