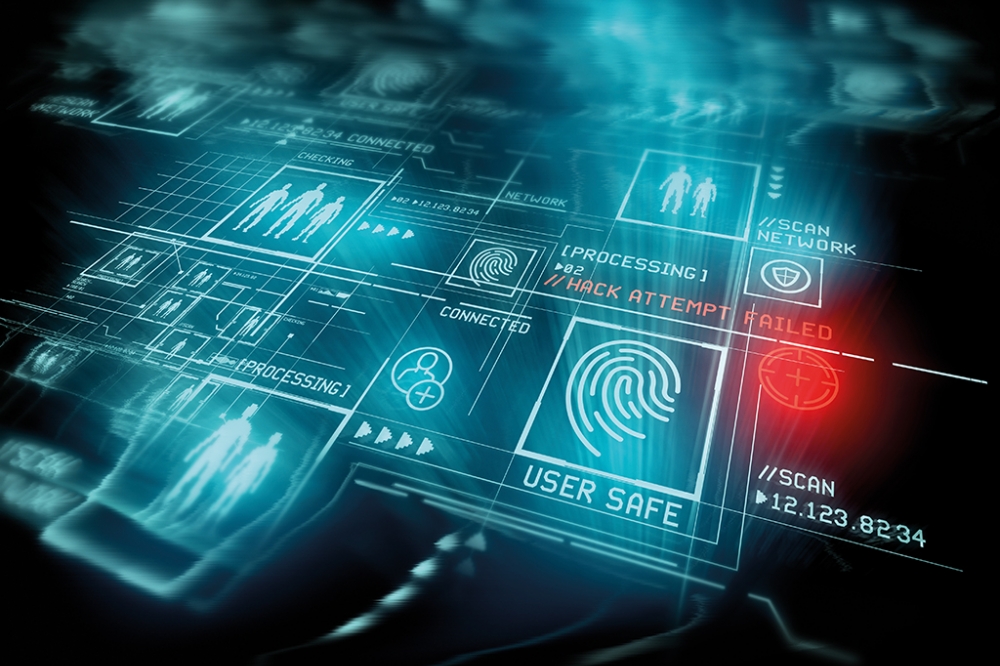 The design and manufacture of today’s most advanced semiconductors is increasingly complex and expensive. Securing access to valuable intellectual property (IP) while encouraging collaboration is no easy task. The experts at Perforce share their insights about securing IP resources at a time when misuse or loss can occur all too easily.

GIVEN THE CRITICAL ROLE of Intellectual Property (IP) used in system-on-chip (SoC) design, companies place an increasingly high value on the management, integration, and sharing of IP. However, the increasing complexity of chip design environments, distributed teams, and involvement of third parties make visibility and control of IP challenging. This, in turn, introduces risk or unnecessary reproduction or purchasing of IP that a company already has.

This is why a more IP-centric view of design is becoming so important, putting IP design and management— whether hardware or software - at the forefront of any project, not an afterthought. Getting it right is easier said than done, but once the challenges are understood and addressed, some proven techniques can be applied.

To understand the bigger picture, it is worth briefly revisiting the evolution of IP in semiconductor design. As we all know, once upon a time, everything was created from scratch. But then it became apparent that many of the pieces of functionality within a design could be reused - or at least tweaked - from one generation to another. Then, as transistor densities increased, along came system-on-chip (SoC) with everything on the same die. This accelerated the idea of calling functional blocks IP and then reusing them. A further driver was the explosion of consumer devices, where the sheer cadence and volume of chip designs required that starting from the ground up every time was not viable in short time-to-market windows. Not only did reuse of IP within an organisation grow, so did acquiring IP from third parties to speed up the whole process.

Challenges
While the appreciation of IP design and its reuse is endemic, it is something that many companies still struggle to do well, and for a few reasons. First is the cultural resistance of packaging up of IP and its verification environment by engineering teams so that it can be easily dropped into a future design. The situation is made harder by the acquisition-led nature of the industry, with many design teams in theory brought together, but in reality, still operating and thinking as siloes. Often, a reuse methodology does not exist, or at least not efficiently, lacking updated IP catalogues and making it easy for colleagues to discover what already exists. These practices waste effort and money: companies often redesign or buy third-party IP time and time again.

In addition to IP file use practices and their verification is a third, very important aspect of IP design: metadata, which I call the six Ws: the Who, What, Where, When, Why and hoW. Metadata covers aspects such as: who created the IP, who else is using the IP, what version of that IP is current, when was the IP introduced into the design (and what version of that IP), and so on. Here is an example of why traceability of metadata matters: if a bug is found, not only does that bug need to be fixed, it needs to be communicated to anyone else using that IP. Additionally, everything - IP files, verification information, metadata - needs to be visible with other processes, such as bug tracking.
Many organisations have been trying to get by with fragmented approaches that include using manually-created but labour-intensive and often outdated Excel spreadsheets in an attempt to track everything. They knew the problems - the wasted effort, unnecessary time lost, risk of errors - but it felt too hard to address.

Pandemic a catalyst for change
Then along came the COVID-19 pandemic and not only did it highlight the scale of the issues, but it made it clear that they could no longer be ignored. Suddenly, not only were there siloed teams, but individuals working from home became siloes themselves, essentially proving that the infrastructure to communicate and collaborate effectively across an organisation had become necessary. How well organisations have overcome the hurdles involved varies, but some ‘best practice' approaches have become apparent and increasingly are being widely adopted.

To overcome these hurdles, there needed to be a cultural change within the organisation. Unfortunately, an already difficult process was made more difficult by having design teams working remotely, trying to design and assemble a very complex system. The key to overcoming all the challenges is integrating a system into the existing methodology in a way that does not change how design teams work and certainly does not add any complexity to the process.

Automation is critical, and keeping track of the six Ws needs to happen without any effort or manual intervention of the design teams. IP catalogues need to be created and maintained based on real-time data from the existing design process that are not dependent on the fulfilment of yet another task delegated to the design team.

A methodology around version control is required for design files so that they are visible to all contributors, with checking in of files, checking out of files, editing them, checking them back in, and communicating all of those changes. The most common tools used are version control management systems. There are many available, many of which initially stemmed from asset-centric markets such as gaming and enterprise IT, but are now widely used in markets where IP components are also involved.

Organisations also face the challenge of managing all the metadata around IP files including such needs as: the test and verification environments; where IP has been and is being used; what is the latest version; who is editing it; any associated bugs as well as the inter-relation between different metadata. That is impossible to manage efficiently on an Excel spreadsheet; a database approach is essential. Plus, it must link with other systems such as bug tracking, continuous integration, design, verification, PLM, scheduling, resource planning, and more.

Once that framework has been established, this information can be published and made available to other people. Manually-driven catalogues and IP datasheets using word processing and presentation software packages take effort and can become quickly outdated. Therefore, real-time versions of these resources are required so that users can see what an IP does and where it is in its design lifecycle: what is needed, in other words, is sometimes referred to as a ‘single source of truth.'

Again, version control tools are used for this purpose, with a choice of both commercial and open-source programmes. However, what really matters is making sure that the selection meets the right criteria, such as how well enterprise-wide collaboration is supported, particularly across remote and geographically dispersed teams. Another consideration is whether it supports all the file formats involved, and these days the variety can be wide, including multiple binary file content. Also, can the system scale to meet demand or change? Also, look for tools that automate processes to reduce workload, errors, and time-to-market.

Ideally, the level of automation will be driven from users' workspaces and capturing all of the metadata that goes into design intent and use. Coupling this with managing the design files through a version control system will allow for that single source of truth represented by a design bill of materials (BoM).

This BoM could represent the entire design or an IP under development because such a system and methodology would treat the combination of design and metadata as an IP, whether it is a whole design or a piece of the design. This also streamlines the process of packaging up IP for reuse within an organisation.

The ultimate goal in IP-centric chip design is a means to achieve comprehensive traceability across design teams and projects, both current and historic. Once that is established, extracting more value from IP by putting it at the heart of new design projects, organisations can expect to save costs, eliminate unnecessary duplicated effort, reduce risk, and ultimately go to market faster.