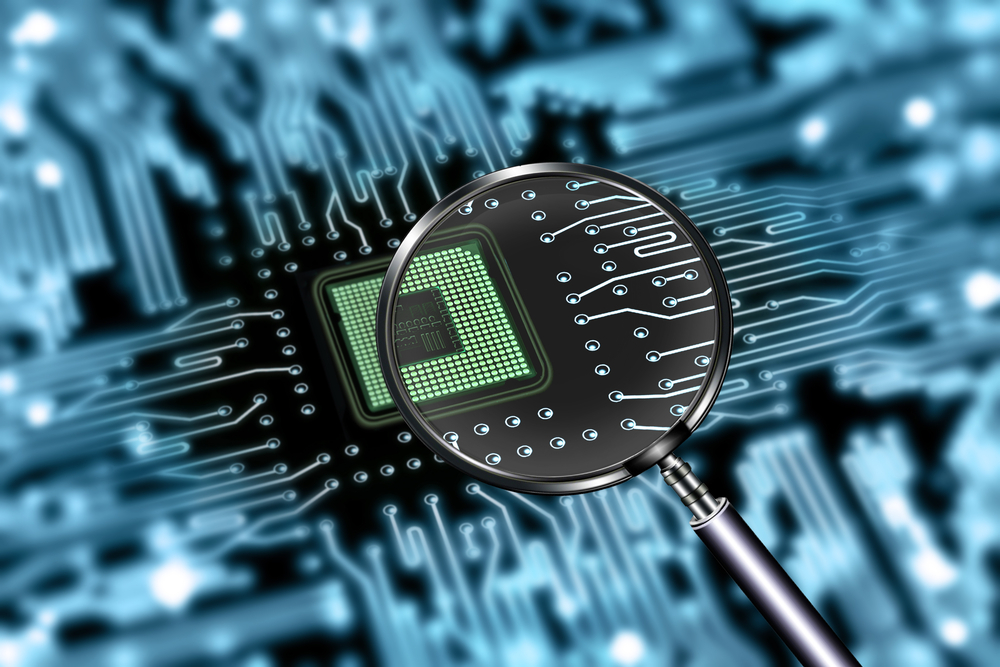 Fan-out panel level packaging (FOPLP) has many advantages, but the critical challenge of die placement error can substantially impact yields and costs. The experts at Onto Innovation describe how they are helping solve the problem for customers by substantially increasing both yield and throughput.

BY JOHN CHANG, ONTO INNOVATION INC.

FAN-OUT PANEL LEVEL PACKAGING (FOPLP) has multiple benefits in advanced packaging applications, including enhanced connectivity and reduced costs. FOPLP differs from wafer-level packaging processes in that FOPLP utilizes large, rectangular panels rather than the round silicon wafers typically associated with IC manufacture. FOPLP's rectangular panels more efficiently fit rectangular die, which can reduce costs since manufacturers can process more packages in each run. Despite many advantages, FOPLP also faces specific challenges, such as yield loss caused by inaccurate die placement and the resulting overlay errors. In this context, dies with unusually large placement errors, or outliers, can be especially troublesome.

These outliers cause losses of both the misplaced die and surrounding dies. However, integrating outlier control with feedforward metrology can greatly improve both yield and throughput. Fan-out processes cut individual dies from the wafer and reconstitute them on a processing substrate separated by additional space. Subsequent steps fabricate redistribution lines in multiple layers and end with the creation of contacts on the surface of the package. The area available for contacts is increased by the additional space between chips, allowing more contacts per chip.

Figure 1. Outliers with large placement errors can cause unacceptable
overlay errors, but excluding outliers from the correction calculation
preserves the remaining dies.

One critical challenge for FOPLP is die-placement error. This error originates during the robotic pick-and-place operation in which chips are positioned on the reconstitution substrate. The problem arises when die positions shift during subsequent processing steps. If uncorrected, these die-placement errors can result in overlay errors and reduced yield.


In this scheme, dies with unusually large placement errors can have an outsized impact on yields by skewing the site correction to such a degree that the site correction causes unacceptable overlay errors for all dies in the site. A solution: advanced outlier control technology (Figure 1). This technology detects outliers and excludes them from the correction calculation, thereby sacrificing the outlier to optimize overall yield and throughput.

To demonstrate the benefit of site-by-site exposure, offline feedforward metrology and advanced outlier control, these technologies were evaluated using a 510 mm x 515 mm test panel containing 400 dies (Figure 2). The dies were grouped in 25 clusters arranged in a 5 x5 array across the panel. Each cluster contained 16 die in a 4 x4 array and was included in a single exposure site. A site correction was calculated from the individual placement errors measured for the included dies and then applied to each exposure.


The die clusters in the first three rows included intentional placement errors: in the first two rows, the rightmost column of each die cluster was shifted 100 μm to the right. In the third row, the leftmost column of each die cluster was shifted 100m to the left. The fourth and fifth rows provided a control group that did not include intentional errors. Without advanced outlier control technology, researchers expected all dies in the first three rows to suffer poor overlay when using site-by-site exposure.

Test panel placement errors were measured using an offline metrology tool that analyzed the measurements to identify outliers. The outlier threshold was set to 15 μm. Dies with placement errors that exceeded the threshold were marked, and their information was discarded during the correction calculation. The correction data were fed forward to the stepper and used in the site-by-site exposure process. Figure 3 shows the working scenario of feedforward lithography and advanced outlier technology.

Researchers used an Onto Innovation JetStep® 3500 Lithography System. This system supports up to 720 mm x 600 mm glass panels or up to 510 mm x 515 mm copper clad laminate (CCL) substrates. The optical system has a 2:1 magnification and an exposure field of up to 59 mm x 59 mm. The system can achieve 2 μm resolution with ±400 ppm magnification compensation. Compensation is required in a fan-out process to correct the die errors.

The lithography tool's pattern recognition system can be trained to use a unique pattern within the field of view as an alignment site and measure the X and Y positions of patterns across the panel. This enables local die-by-die exposure and site-by-site exposure capability without the use of offline metrology. The system can also accept feedforward corrections from an offline metrology tool, as evaluated in this study.

The Onto Innovation Firefly® automated optical inspection (AOI) system was utilized for the offline measurement of die-placement errors for feedforward metrology. This tool supports up to a 510mm x 515mm substrate. In the feedforward operation, die location and error data are automatically sent to the outlier algorithm and the stepper.

Figure 5 shows heat maps of the die error in the X axis (left) and the Y axis (right) on the test panel. The right dies in the first two rows are marked red, indicating a die error around +100 μm. The left dies of the third row are marked blue, indicating a die error around -100 μm. Rows 4 and 5 are all green, meaning there is no shift in the X axis. Y errors show no large placement errors within the clusters. In the study, any die with an error of more than 15 μm was marked as an outlier and discarded during site-by-site correction calculations.

Figure 7. Predicted yield of the test panel is 85%. Yield prediction is a
feature of the feedforward system used in this study. The overlay
threshold is set to ±15 µm.

Following all the processes (feedforward metrology, site-by-site exposure and developing), actual overlay results for the test panel were measured with the offline metrology tool. The actual overlay results are shown in Figure 8 and Table 1. In the overlay heat map a blue dot indicates the overlay is within specification, in this case ±15m. A red dot indicates the overlay is out of specification. The heat map matched predicted and expected results. Table 1 shows the overlay statistics of the good dies in the test panel; deviations in X and Y are less than 5m, and all numbers are within the overlay threshold.