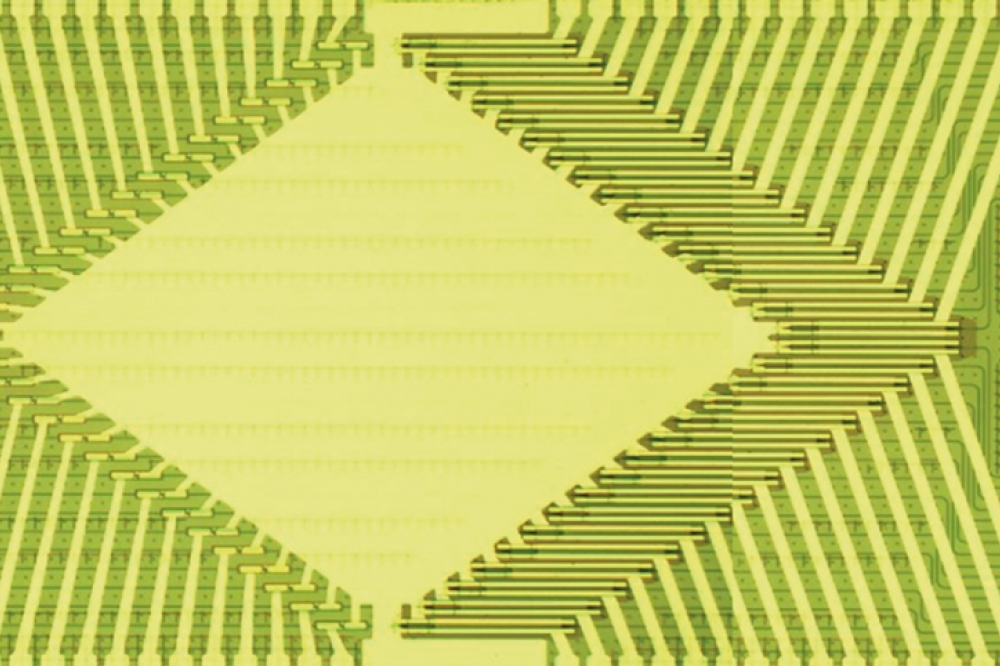 Microelectronics has revolutionized almost every aspect of life. Efforts to incorporate Silicon photonic integrated circuits (PICs) into advanced CMOS ICs often center on requirements that II-VI or III-V technologies cannot solely address. Computing, automotive, wellness and myriad other applications will or are already benefitting from integrated photonic devices that leverage various silicon or hybrid technologies. LiDAR is at an inflection point where further advances to reduce size and increase performance will hinge on new approaches like those envisioned by researchers at Samsung’s Advanced Institute of Technology who report on SiP advances on the road to better LiDAR PICs. BY DONGJAE SHIN, KYOUNGHO HA, AND HYUCK CHOO, SAMSUNG ADVANCED INSTITUTE OF TECHNOLOGY

MODERN ELECTRONICS and photonics began around the middle of the 20th century with the inventions of the transistor and laser, respectively. Thanks to the continued evolution of complementary-metal-oxide-semiconductor (CMOS) technology that revolutionized transistors, microelectronics has for decades been a foundation for creating today's communications and computing systems and countless other innovations. [1]

On the other hand, photonics is evolving at a relatively slower pace and is still confined, compared to microelectronics, to diverse but relatively smaller niche fields. Silicon Photonics (SiP) was born under this circumstance. Interest continues to grow as to whether Silicon Photonics can reduce the gap between the two technologies and achieve the commoditization of photonic devices by grafting the productivity of CMOS to photonics. [2]

As the CMOS industry has given more technical attention to SiP, it is important to find ‘killer applications' that can bridge the gap between technologies that can become profitable business opportunities since without a profit potential any technology will not see rapid development. This article introduces recent research by the Samsung Advanced Institute of Technology (SAIT) in support of photonic integrated circuits designed for light detection and ranging (LiDAR) sensors.

Why LiDAR?
In order to explain why LiDAR presents one of the best opportunities for photonic integration among numerous applications, a glimpse into the product development history at Samsung is helpful. One of the most representative missions of SiP has been to resolve the DRAM-CPU interconnect bottleneck, the well-known Achilles heel of classical von Neumann computing architectures. Attempts were actively made by Samsung around 2010. Considering the cost limit of DRAM, photonic interconnect feasibility between DRAM and CPU was demonstrated by directly integrating a PIC into a DRAM chip as shown in Fig. 1(a) [3][4]. Despite such a significant achievement, these attempts also revealed the huge difference in technological maturity between CMOS and photonics, and did not lead to subsequent full-scale development. One of the lessons learned from this experience was that it is very difficult to apply emerging PIC technology directly to legacy applications that have matured for a long time. Samsung therefore believes that PIC technology is most suitable for emerging applications in many instances.

Among numerous emerging applications considered, LiDAR was chosen for three main reasons. The first reason is its possibility of high volume. Since LiDAR is (or will be) in high demand from various applications such as autonomous vehicles, robots, and smart devices, it is likely to achieve the high volume that can justify CMOS scale production. The second reason is its good timing from the perspective of CMOS evolution as characterized by Moore's Law and its relentless march towards smaller, faster devices that use less power and cost less to fabricate. Wide deployment of LiDAR has been delayed due to its high cost, so the virtuous cycle of volume and cost reduction from CMOS-like production processes has been an urgent goal for LiDAR development as shown in Fig. 1(b). The third reason is LiDAR's good match-up with Samsung's PIC platform. While most of the Silicon Photonics industry has been developing PICs on various specialty substrate-based platforms such as SOI, Samsung has developed PICs on a generic substrate-based platform for legacy applications as shown in Fig. 1(c) [5]. Thanks to ~100X higher thermal conductivity of silicon compared to oxide, Samsung's platform provides better heat dissipation, making it well-suited for heat-sensitive laser or amplifier arrays needed for LiDAR applications. This generic platform, however, is on hold for now, and the specialty platform is used for research purposes.

Technologies best suited for LiDAR
In LiDAR, various technology schemes are competing in terms of performance and cost, and the market winner is still uncertain at this point, especially for low-end applications. The rough consensus about LiDAR architectures is that solid-state solutions are most likely to win rather than mechanical systems with moving parts. Integration rather than assembly of disparate technologies will have an advantage in competition; comparative discussions are actively underway from various viewpoints.

The road to an optimized LiDAR solution typically considers three most important viewpoints: planar (XY) illumination, axial (Z) ranging, and wavelength as shown in the Fig. 2. Illumination typically employs the flash scheme, with simultaneous illumination of the entire field of view (FOV) while the scanning scheme employs sequential illumination in each direction comprising the FOV. The flash scheme has already been commercialized for short-range applications by utilizing the existing CMOS ecosystem, and the scanning scheme has been proven for a long time in long-range radio detection and ranging (RADAR) applications.

Ranging could involve various approaches such as the time of flight (TOF) scheme that transmits short light pulses while the frequency modulated continuous wave (FMCW) scheme transmits frequency modulated light. Considering that RADAR evolved from TOF to FMCW, it is believed that a similar evolution is likely to occur in LiDAR.

In wavelength, there is the silicon-compatible ~900 nm band and the III/V-based 1.3~1.5um band. The ~900 nm band is advantageous from the perspective of the existing industry ecosystem, but the 1.3~1.5 um band is advantageous from the perspective of eye safety and resistance to ambient light noise. SAIT has been adopting the scanning scheme and the 1.3 um band with more focus on long-range applications; it is preparing to evolve from TOF to FMCW.

PICs for LiDAR
As is appreciated in many photonics applications, to maximize the volume-cost virtuous cycle, it is necessary to integrate all photonic devices on a single chip. Until now, photonic devices for a LiDAR transmitter (Tx) have been integrated into a single chip first, with receiver (Rx) photonic devices integrated after clearing architectural uncertainties. The LiDAR Tx is an optical phased array (OPA) that corresponds to a photonic version of the RF phased antenna array used for RADAR. Figure 3 conceptually illustrates the OPA chip and main photonic devices such as tunable laser diode (TLD), semiconductor optical amplifier (SOA), phase shifter (PS), and antenna array. The OPA amplifies the 32-way split outputs of the TLD by a total of 36 SOAs and controls the phases with 32 phase shifters, thereby reducing the diffusion angle of the optical beam from the antenna array. The optical beam is then scanned by the phase shifters in the horizontal direction and by the TLD in the vertical direction as shown in Fig. 3(d) and (e). The TLD controls the lasing wavelength by the heaters in the two ring resonators shown in Fig. 3(b).

When fabricating the OPA, silicon processes were followed by III-V on silicon bonding and III-V processes. This III-V on silicon heterogeneous integration is advantageous for low-cost manufacturing since it simplifies subsequent packaging. The III-V material used for this work is combination of four elements in the group III and V of the periodic table such as Aluminum, Gallium, Indium, and Arsenic, grown on InP substrates.

LiDAR developmental status
In moving toward single-chip integration, the progress of device integration so far is summarized in Fig. 4. From the PoC1 in which only the phase shifter and antenna array were integrated with a silicon-only process, to the PoC2 with additional integration of the SOA, to the PoC3 and the PoC4 groups with additional integration of TLD. These were fabricated through III-V on silicon process [6][7]. From the PoC3 to the PoC4, the circuit layout was improved to reduce on-chip losses and thermal effects [8][9]. The PoC5 with integrated photodiodes (PDs) is also under consideration, but its integration is still ongoing due to delays related to some

LiDAR architectural issues. In the PoC1, using a relatively simple silicon-only processes, an OPA with 128 antennas was fabricated, and from the PoC2 with higher III-V on silicon process challenges, OPAs with 32 antennas were fabricated due to lower device yields. The optimal antenna count is determined as part of a performance-cost trade-off, and is expected to vary according to the detection distance required for various applications.