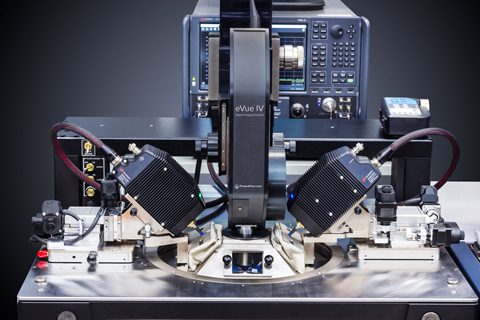 Researchers at Northrop Grumman are at the leading edge in developing superconducting technologies including a Reciprocal Quantum Logic (RQL) processor, which delivers exponential improvements in computing power and reduction in energy consumption compared to traditional CMOS processors. These characteristics are vitally important requirements for data center applications, where rapid growth in data traffic consumes an ever-increasing amount of electricity and real estate. Other applications range from artificial intelligence to pharmaceutical and chemistry developments, to cybersecurity, financial and weather modelling and more. The RQL processor leverages well established semiconductor circuit design and fabrication process, enabling faster time to market. Like other superconducting technologies, the processor must operate at temperatures close to absolute zero, and cryogenic test and measurement instruments are essential to device development.

“The ability to conduct testing at or below 4 Kelvin is critical to the development of superconducting circuits,” said Vern Boyle, vice president, advanced processing solutions at Northrop Grumman. “Performing these tests at the wafer-level provides a significant increase in production throughput at scale.”

“It's rewarding to work closely with pioneers like Northrop Grumman engineers and scientists who are expanding the frontiers of computing technology,” said Amy Leong, General Manager of the Emerging Growth Business Unit at FormFactor. “We're pleased with the part our team has been able to play in this development. We look forward to continued engagement with the Northrop Grumman team and ultimately, the beneficial applications these new technologies may make possible.”

Among its portfolio of essential test technologies, FormFactor is a leading supplier of products enabling cryogenic test and measurement. Its ‘lab-to-fab' array of cryogenic products provides a wide range of capabilities to accelerate time-to-market for quantum computing research and commercialization, including sub-100 millikelvin cryostats, cryogenic chip-scale and wafer-scale probers for operation at both 77 Kelvin as well as 4 Kelvin and below, engineering probes and probe cards, and scanning SQUID technology.