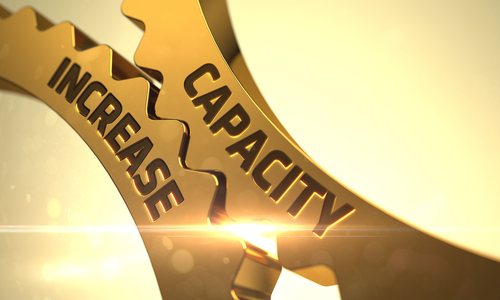 It could be argued that the defining feature of the Electronics Industry is the ability to miniaturize. Every person with a passing interest in electronics has heard of Moore's Law: the processing power of affordable CPUs - or the number of transistors on a chip - will roughly double every two years. It is credit to both Gordon Moore's foresight, and the technical and engineering teams around the world who continue to innovate, that the ‘Law' is still even being discussed today. Part of the reason for chip size reduction lies in the shrinking of technology nodes (process geometries). Currently the smallest node that is being manufactured in mass volume is 7nm, and even the smaller size is under development in the industry.

The increase in processing power and speed and the miniaturisation and integration of electronic functions that continue to result from such technological advances lie at the heart of the pervasiveness of electronics in our everyday lives: the smart phones that we rely on; the uptake of artificial intelligence in smart homes and cities; driverless vehicles; remote medical home diagnostics - there is not one aspect of life that electronic products and systems have not penetrated.

But for this to continue, it is not only in the area of photolithographic processing that technology needs to keep innovating. Once a wafer has been created it must be singulated into individual dies, and as dies are becoming smaller and thinner, many products are facing difficulties caused by the singulation or dicing process. New challenges include: increasing material loss due to the width of the dicing street; mechanical damage such as chipping; and increasing processing time. Now, Panasonic has developed a plasma dicing process that in certain circumstances can replace mechanical dicing, which addresses these issues.

Types of Dicing Process
Traditionally, two dicing technologies have been used: scribing and breaking, and mechanical cutting using a dicing saw (“blade dicing”). Scribing and breaking causes stresses on the wafer and die and results in chipping and yield inefficiencies. Blade dicing also introduces stresses and contaminants which are more problematic as the die size and process geometries shrink. Laser dicing is another method which is faster than using a saw, but can also cause cracking and damage to the chip.

Now, a new dicing process has been introduced which uses a plasma chemical etching process, where all the ‘cuts' are achieved in a single batch process, with no die stressing, no contamination, and an increase in wafer dicing throughput. Also, more chips can be designed onto the wafer as narrower dicing ‘streets' can be used due to mask patterning. In addition, the mask pattern enables flexibility in the choice of chip sizes, shapes, positioning. The two approaches are shown in Figure 1.

Figure 2 shows Panasonic's plasma dicing process which uses a dicing mask. The plasma process etches the streets by chemical reaction. Plasma dicing uses pulsed or time-multiplexed etching, with the process cycling repeatedly between two phases: a near-isotropic plasma etch where ions attack the wafer in a near-vertical direction; followed by the deposition of a chemically inert passivation layer which protects the entire substrate from further chemical attack. During etching, the vertically-directed ions attack the passivation layer only at the bottom of the trench (not along the walls), exposing the substrate to the chemical etch. This two-phase process results in side-walls that increase and decrease with an amplitude of between 100 and 500nm. The cycle time is adjustable: short cycles yield smooth walls; longer cycles yield a higher etch rate.

Advantages of the plasma process over mechanical dicing
The action of the saw blade during the dicing process causes mechanical damage and affects inner layers of the die. Figure 3 demonstrates damage and chipping at the edge and of the inner layers. By contrast, the micro-photographs show no damage when the individual dies are separated using the plasma dicing process. Also, unlike blade dicing which causes micro particles of the wafer (e.g. silicon) to be freed up, potentially causing devices to fail, by using plasma etching, no contaminating particles are released.