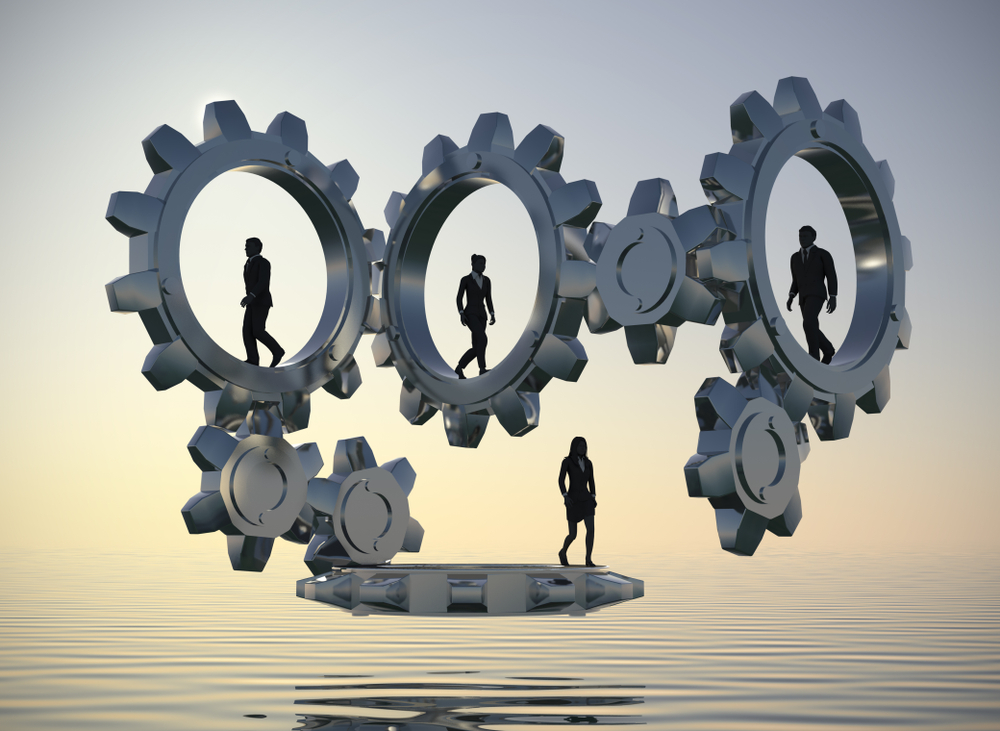 IMEC RESEARCHERS Dragomir Milojevic, Geert Van der Plas and Eric Beyne delve into highlights of their work to improve SOC performance through a novel approach utilizing backside interconnects. According to imec, researchers have shown the following key results with the promising approaches studied so far:

⊕ 3D system-on-chip (3D SOC), enabled by electronic design automation (EDA) and 3D process technologies, is an attractive heterogeneous integration approach for addressing the memory wall in high-performance systems.
⊕ Further performance gains at the system level can be achieved when the backside of one of the integrated wafers is exploited for either power delivery, signal routing or both.
⊕The benefits of 3D-SOC design and of backside interconnects in specific circuits are highlighted in two papers presented at the 2021 IEEE International Electron Devices Meeting (IEDM).


Figure 1: Abstracted view of a possible future high-performance system.
High-performance die with 3D-SOC stacked memory are implemented on an
active interposer chip which acts as a data gateway and connects in a
‘2.5' fashion with local high bandwidth memories and optical transceiver
modules (as presented at 2021 IEDM).Promises of a 3D-SOC design approach

Data-intensive high-performance systems intended for advanced computation, data server or deep-learning applications increasingly suffer from the so-called ‘memory wall' - the challenge of accessing data quickly enough. An interesting approach to tear down this memory wall is 3D system-on-chip (3D SOC) integration. Following this heterogeneous integration approach, the system is automatically partitioned into separate chips that are concurrently designed and interconnected in the third dimension.

A well-known example are high-bandwidth memories (HBMs) - stacks of dynamic random access memory (DRAM) chips. This memory stack connects to a processor chip through interface buses, which limit their use to latency-tolerant applications. As such, the chiplet concept will never allow for fast access between logic and fast, first and intermediate level cache memories.”

With 3D-SOC integration, memory-logic partitions can be realized using direct and shorter interconnects - resulting in significant performance improvements. In their invited paper, the authors showed an optimized implementation of a 3D-SOC design with memory macros in the top die and remaining logic in the bottom die - resulting in a 40 percent higher operating frequency compared to a 2D design.

The authors also discuss the key challenges of realizing fully functional 3D SOCs. Dragomir Milojevic, principal scientist at imec and professor at Université libre de Bruxelles remarked, “On the design side, a 3D-SOC co-design strategy is needed for both logic and memory partitions. This requires dedicated electronic design automation (EDA) tools that can handle both designs simultaneously, using automated tools for system partitioning and 3D critical path optimization during place-and-route. Through our collaboration with Cadence, we have access to these highly advanced tools.” On the technology side, progress in wafer-to-wafer hybrid bonding solutions will allow for very high chip-to-chip interconnect densities, mandatory for partitioning of first and intermediate level cache memories.

The next step: exploiting the wafer's backside
A possible partitioning of high-performance 3D-SOC systems involves some or all memory macros to be placed in the top die, while the logic is placed in the bottom die. On the technology side, this can be realized by bonding the active frontside of the ‘logic wafer' to the active frontside of the ‘memory wafer' by using a low-temperature wafer-to-wafer bonding technique. In this configuration, the original backsides of both wafers now reside on the outside of the 3D-SOC system.

Eric Beyne said, “We can now think of exploiting the ‘free' backside of these wafers for signal routing or for directly powering the transistors in the ‘logic wafer'. Traditionally, signal routing and power delivery happens in the wafer's frontside, where they compete for space in a complex scheme of back-end-of-line interconnects. In these designs, the wafer's backside only serves as a carrier.

In 2019, simulations by Arm for the first time showed the beneficial impact of using a backside power delivery network (BSPDN) in the design of a central processing unit (CPU) that implemented a 3nm process as developed by imec. In this design, the interconnect metals residing in the wafer's thinned backside connected to 3nm transistors in the wafer's frontside using through-silicon vias (TSVs) landing on buried power rails. Simulations revealed that this BSPDN was seven times more efficient than the traditional frontside PDN.”
Additional performance gains can therefore be expected when BSPDNs are implemented to supply the power-hungry core logic circuits that reside in the bottom of a ‘memory-on-logic' 3D-SOC. One could also think of alternative 3D-SOC partitions where part of the memory tiles (e.g. the L1-level caches static random access memory (SRAM)) reside in the bottom die as well, also powered from the backside.

Besides extending the possibilities for 3D-SOC designs, BSPDNs have also been proposed for monolithic single-chip logic and SRAM systems-on-chip (SOC), where they can assist further device and IC scaling. Geert Van der Plas, program manager at imec said, “Moving the power delivery network to the chip's backside has proven an interesting approach to address the back-end-of-line (BEOL) routing congestion challenge and reduce the IR-drop. A main difference with the 3D-SOC approach is that a dummy wafer is now bonded to the target wafer to allow for backside wafer thinning and metallization.” One of imec's partners recently announced to implement such a BSPDN concept in one of its future node chips.

Backside interconnects to further improve SRAM macro and logic performance
While the benefits of a BSPDN could already be demonstrated in specific designs, additional gains can be expected from using the wafer's backside for global signal routing. Imec, in collaboration with Cadence, has for the first time assessed and optimized SRAM macro and logic circuit designs that are partly routed from the backside. An SRAM macro not only involves the memory bit cell arrays but also the peripheral circuitry (like address decoders, control block, etc.) that are relevant for processor design.

For logic, a ring oscillator framework was used to assess the impact of backside signal routing. The design implemented forksheets of the 2 nm technology node in the logic standard cells. A physical implementation of a 64-bit ARMTM CPU using the same 2 nm forksheet process design kit (PDK) is used to ensure the meaningfulness of the ring oscillator simulation results.

Assessment of the circuits' performance and power efficiency was enabled through a combination of experiments and modelling. Dragomir Milojevic explained the process: “Experiments involved an optimization of nTSV processing in terms of capacitance and resistance to ensure a good electrical connection between the frontside and the backside metals. These parameters were fed into a model, used to perform the simulations.

Finally, our team performed a design-technology co-optimization (DTCO)-driven routing optimization which showed a path for further improvements. We demonstrated an additional 20 percent performance improvement by reducing the capacitance of the backside metals.”


Conclusion
The heterogeneous 3D-SOC approach - enabled by system architecture re-design and 3D integration technologies - has proven an attractive way of improving system performance. Additional performance gains can be achieved by exploiting the backside of the bottom wafer for power delivery and/or signal routing. Imec has for the first time shown the beneficial impact of using backside interconnects in SRAM macros and logic circuits. These backside interconnects can bring performance improvements for high-performance 3D-SOCs as well as for monolithic single-chip SOCs.