Magazine Feature
This article was originally featured in the edition:
2022 Issue 5 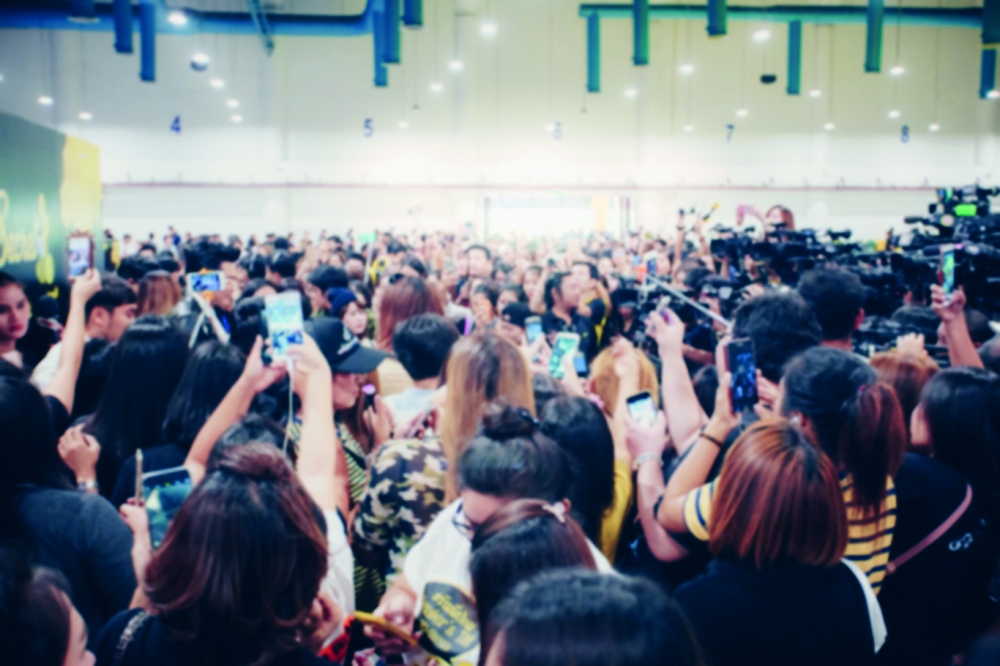 Smaller transistors packed more tightly into ever-shrinking packages are characteristic of new DRAM or logic devices. But greater density can also produce crosstalk and isolation issues. The experts at Lam Research explain how tunable, low-k films deliver upgraded dielectric performance that can have tremendous strategic leverage at the most fundamental level of IC development, both today and tomorrow.

Imagine being in a large room filled with people, each of whom has an important piece of information that you need. All of them will gladly tell you what they know, but there’s a problem: they’re all speaking at once. The more densely packed the room, the harder it is to distinguish the words of the person you’re trying to focus on from the surrounding cacophony.

The issue is crosstalk, defined by Wikipedia as “any phenomenon by which a signal transmitted on one circuit or channel of a transmission system creates an undesired effect in another circuit or channel.” And if you’re in the business of manufacturing memory and logic devices with billions of DRAM cells or logic transistors in extremely close proximity, you’re facing a situation a lot like that room full of talkative people.

Consider the typical DRAM cell: a capacitor, which holds a charge representing a 1 or 0; an access transistor; and a bitline, through which the capacitor’s charge is read. Over time, in the quest for greater density, speed and minimized power consumption, these structures have gotten smaller, and in recent years have evolved into 3D designs. In parallel, both the sensing voltage (∆V) and cell capacitance (Cs) have been reduced with each technology generation, thus necessitating a similar reduction in bitline capacitance (CBL).

In our roomful-of-people analogy, those reductions are the equivalent of the person you’re listening to speaking less distinctly, making it even more difficult to isolate their words. And similar dynamics are at work in the logic sector, where ever-greater parasitic capacitances (both between gates and between gates and gate contacts) have increased the risk of crosstalk.

Crosstalk has been with us since the earliest days of electronics, and fortunately there is a well-known way of addressing it: isolation. In our crowded room this might involve placing a sound baffle around each person; on an IC, isolation can often be accomplished with better dielectric films.

“Better” in this case doesn’t just mean a lower dielectric constant (k), although that’s an important factor. Films must also deposit without risk of damage to other circuit elements, and be able to survive subsequent thermal processing, etching, cleaning, and other steps without any change in their properties. They must be defect-free and uniform. And in this era of 3D circuit features, thickness uniformity is not enough — a film’s properties must also be uniform even when deposited in the vertical dimension.

There’s also an additional factor that comes into play: every advanced chipmaking organization faces intense competition and strives to develop its own unique methods for eking out a bit more yield here, a little more performance there. Engineers responsible for these process tweaks benefit from versatility and flexibility in the films they work with — the ability to tune a film’s composition to achieve different properties, including etch selectivity. Further, the higher density and complexity of each new technology generation makes these performance and yield gains more challenging to achieve. To revisit the roomful-of-people analogy, it’s as if the room gets ever-smaller, while the people talk louder. There’s less space for isolation but more need for it.

In the pre-3D era, process and integration engineers seeking isolation solutions could look to well-proven methods for deposition of tunable planar dielectrics or conformal SiO2 and nitrides. But today, there’s a need for both tunability and conformality, as well as the ability to deposit films containing Si-C bonds, such as silicon oxy-carbide (SiCO). These are required for greater etch selectivity, which is an increasingly important factor in many applications, from gate-all-around (GAA) spacers to BEOL dielectrics to advanced lithography processes. At the same time, there’s growing concern about plasma damage to circuit features.

So, what’s the way forward in the quest for isolation? One avenue is a new deposition technique, SPARC, that aligns well with these emerging needs. In addition to maintaining uniform composition and film properties throughout the depth of high-aspect-ratio features, SPARC enables deposition of highly conformal SiCO thin films, which provide effective isolation when used as low-k spacers in both logic and DRAM devices.

Within the SiCO family, the SPARC method enables wide composition tuning, while still maintaining excellent conformality. Dense, robust SiCO films with k of~4-4.4 and low leakage can be deposited directly on metals such as Co, W, etc., without oxidizing the underlayer. The films show excellent adhesion while also being hermetic. Even at low deposition temperatures of 400°C, the carbon is fully cross-linked with very few or no terminal methyl groups, providing thermal and chemical stability compared to other SiCO films.

Importantly, all this is accomplished in a non-plasma environment. Ground-state radicals in the downstream interact only with specific bonds in carefully chosen precursor molecules. The choice of radical and precursor molecules makes bond-breaking selective, thereby creating precursor radicals that have very low sticking coefficients and consequently excellent step coverage. Si-C bonds are not broken during the deposition step, and any O, N, or C bound to silicon in the precursor molecule is retained. The design and choice of precursor are driven by the desired film type to provide that wide composition tuning.

During this process, the ratio of Si-C bonds can be increased, with a reduction in Si-O bond density. Even with films deposited at different temperatures, the amount of cross-linked carbon is the primary driver for etch selectivity over density or total amount of carbon in the film. In addition, these SiCO films have zero wet etch rate (WER) in typical wet chemistries such as dilute HF and hot phosphoric acid, and thus offer near-infinite wet etch selectivity. The films are also continuous and pinhole-free down to at least 15Å, unlike ALD SiN films which need to be at least 30Å to be pinhole-free.