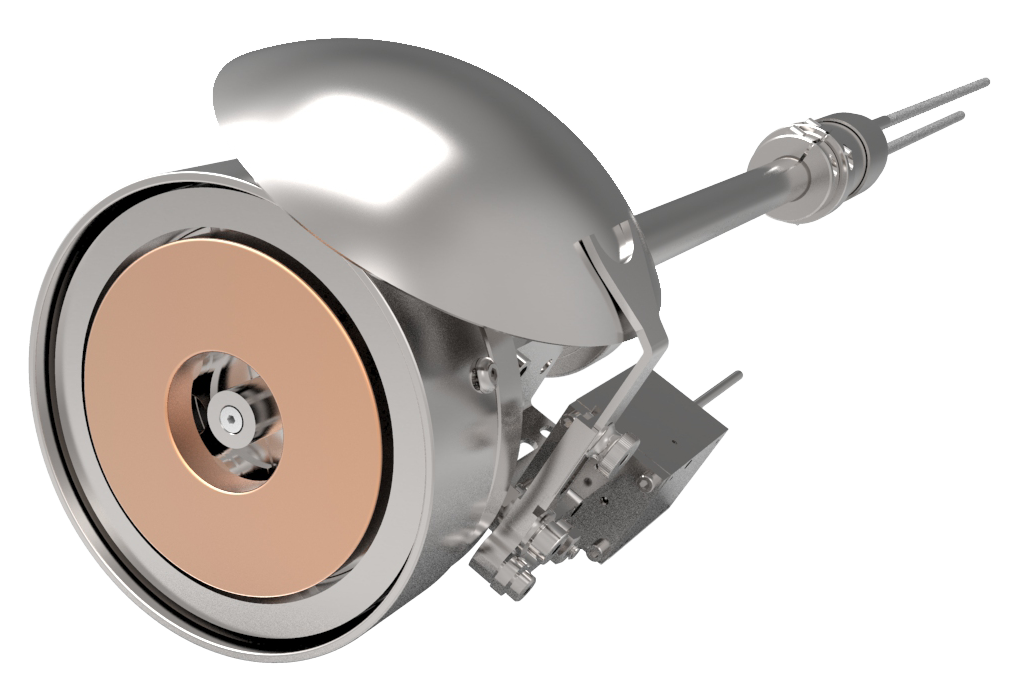 The Kurt J. Lesker Company has announced that it has been awarded a United States patent titled “HermeticallySealed Magnetic Keeper Cathode” dated October 30th, 2018. The patent, granted for the company's advancedsputtering cathode, covers a novel design which dramatically reduces the numberof seals in a cathode, while increasing user friendliness and decreasing theoperating pressure of the cathode.

The elimination of permeable elastomericseals typical for conventional sputtering cathodes makes this new depositiontool truly hermetic. Unwanted gas loadsdue to permeation through the cathode have been completely eliminated. The cathode also benefits from a redesignedanode or dark space shield and the elimination of the target hold down ring. These mechanical enhancements increase theavailable active area of the sputtering target and enable the cathode tooperate at half the typical pressure achievable with conventional cathodedesigns.

This is the first patent awarded to cathodedesigners Matt Jaszcar, Rob Belan and Roger Patterson. The creative team has also collaborated onanother cathode design which will result in a subsequent patent.

The new cathode, named the “Mag Keeper,”is available in a range of sizes from 2" up to 4" diameters and canbe outfitted with a special magnet pack that enables the effective sputteringof magnetic materials such as nickel and iron. The newly patented sputter gun supports bonded target/backing plate andnon-bonded target assemblies up to 0.375" thick. The redesign alsoimproves the user friendliness of the cathode making target changes easier, asthe target is held in place using the magnets in the gun eliminating the needfor tools to change a target.

About the company: The Kurt J. Lesker company is a family owned business celebrating its 65th year. The company is one of the world leaders in vacuum science, vacuum components and systems with its global headquarters located just south of Pittsburgh, PA. More than 400 employees globally serve an international clientele of more than 100,000 satisfied customers. The Lesker Company is “Enabling Technology for a Better World.”