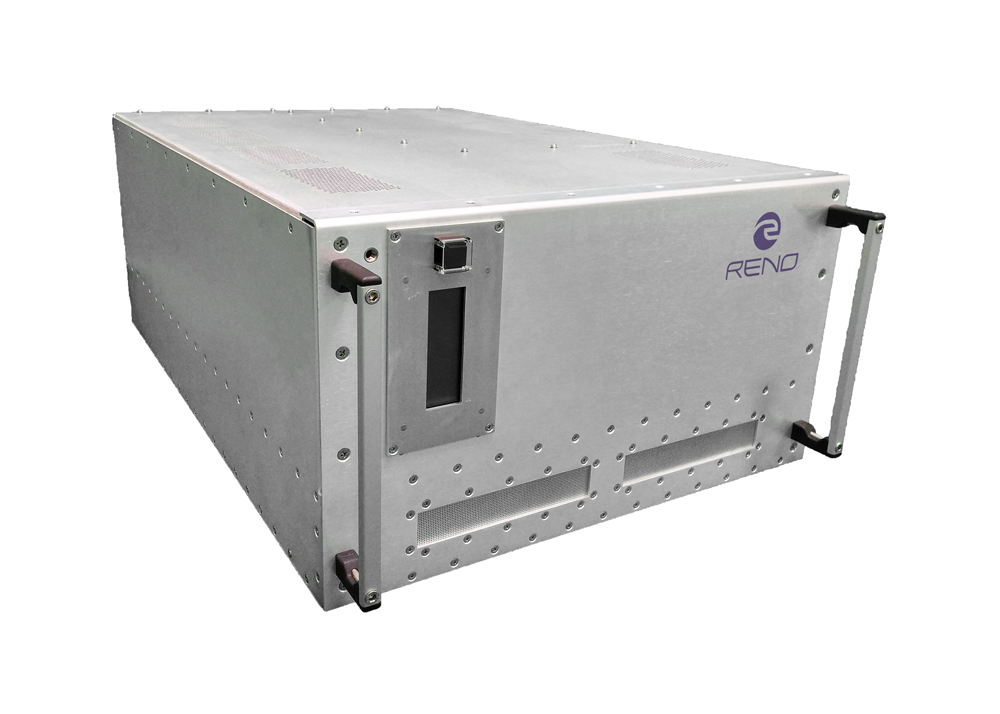 Reno Sub-Systems isn't a typical startup. The company's executive officers and senior staff bear no resemblance to the cast of HBO's "˜Silicon Valley.' Their offices are in Nevada, not someone's San Jose, California garage. And they are changing plasma processing tools in a big way.

Being somewhat atypical fits Reno Sub-Systems. The company's founders and pivotal executives have brought more than a 120 years of industry experience and pockets full of patents to the game. Reno has captured the investment confidence of Intel, Lam Research, Samsung and an impressive collection of other top tier industry notables.

Reno has managed in two years to shake up the rather staid RF power, match and gas flow segments of the plasma world that serves atomic level deposition/etch (ALD/ALE) and related processes including PELAD, PECVD for memory and logic circuits. Their products have already sold to nearly 80 percent of the industry's largest manufacturers, which most would find amazing for a company that shipped its first customer orders a bit more than 18 months ago.

As sales and marketing chief Chris Davis explained, Reno's technical founders started the company from positions at the forefront of their fields. Both Bhutta and Mudd realized that there was an opportunity to rethink key sub-systems in ways that could substantially improve performance, but more importantly, they could overcome some of the challenges to extending Moore's law for several device generations. They meet early with multiple OEM chip makers and equipment suppliers to size-up interests in new technology. The reaction to Reno's approach was extremely positive, noted Davis, and when the company concluded its Series A funding round in late 2014 backers included Intel's venture capital group, Innovacorp and a major unnamed OEM. 2015 and 2016 were focused on product development and securing design wins for both gas flow control and RF power / match technologies.

Davis and CEO Bob MacKnight explained that once early funding was secured, the company dove into the challenging tasks of building a company from the ground up. Even when working with highly experienced staff, a great many things can challenge all that needs to occur behind the scenes while front-facing personnel reached out to build relationships for Reno throughout the supply chain. As many failed startups can attest, having a good idea is not a success guarantee. Even though semiconductor manufacturing creates amazing product innovations, the nuts-and-bolts of process technology evolves very slowly by comparison; high yields and superior efficiency often depend on well understood, time-tested practices.

"The thing about RF power in 2014 is that nothing significant had changed for years," remarked MacKnight in discussing Reno's early days. "The OEMs and ODMs were used to certain performance factors; processes were finely tuned around existing sub-system capabilities. Then along comes Reno with big promises to substantially change plasma processing "¦ There is always skepticism until promises turn into actual hardware." In September 2017, following a successful Series C funding round, MacKnight explained how far they had come in a short while, "Leveraging its patented technologies, Reno has now successfully demonstrated the highest performance radio frequency (RF) matching networks, RF power generators and gas delivery systems for leading-edge nanoscale manufacturing processes. Reno has generated strong customer demand based upon on-tool performance data, which has allowed the company to transition from technology and product development to high-volume adoption within two years," he said.

Plasma processing"”either for deposition or etch"”is critical for device fabrication below 10nm. Any new solution needs to be repeatable, predictable and controllable. Among key factors are shorter cycle times combined with the ability to achieve process stability in the shortest time possible. Legacy technologies required around 30 seconds to achieve RF match, stabilize gas flow and complete the step. The Reno Sub-System approach focuses on reducing the overall process to 10 seconds or less, with RF match and gas stabilization requiring less than 50ms.

Reno calls their plasma process control system Velocity. Its key advantage is the Electronically Variable Capacitor (EVC) that replaces legacy Vacuum Variable Capacitors (VVC). The solid-state technology employed by Reno's EVC can generate power more quickly and since a solid-state system is intrinsically more precise / less susceptible to failure it also provides greater repeatability and fewer maintenance concerns including down-time. In the company's latest tests (See Figure 1) the EVC has reduced a 10-second process to approximately eight seconds"”a 20 percent improvement. This is possible through the very fast matching phase, reduced from one to three seconds in a VVC-based system to 500ms (0.0005 seconds) using an EVC, which is roughly 2,000 times faster.

Figure 1: Reno Sub-System plasma etch data show that the company's EVC technology has reduced a 10 second plasma process to ~8 seconds, a 20% throughout improvement.

"With IDMs, process times need to continue to shrink from tens of seconds to two or three seconds, or less; the technology that is best suited to achieve that goal is with an EVC match," MacKnight remarked. The Reno approach has already been adopted by one of the industry's largest OEMs.

While Reno's Velocity RF matching system could improve performance by itself, when paired with a new type of RF generator its potential could be optimized, the goal when Reno announced its Precis solid-state RF generator portfolio. The latest Precis addition came in July with its newest generator delivering 1.6kW output at 2.45GHz. The company said it believes the Precis is the highest power microwave generator available for plasma applications in semiconductor manufacturing. The key advantage for Reno's microwave generators is an all solid-state design, which replaces the magnetron typically used in other RF/plasma systems.

"For the first time in decades, subsystems are enabling new processes and future device generations. The ultimate validation of our technology is that 80 percent of the top semiconductor device manufacturers and equipment makers have ordered Reno products," MacKnight said.

Perhaps more important than size reduction is the increased performance that is proving to be a key differentiator for manufacturers. Like its RF power and matching network solutions, speed plays a major role is gas management, too. "Reno's FlowNode technology eliminates historic mass flow limitations by eradicating upstream and downstream pressure sensitivity, resulting in (more) stable gas delivery and better process control. FlowNode operates with near-zero internal volume at the diaphragm of the valves, which enables accurate, repeatable, industry leading ultra-low flows for advanced etch and PEALD applications.

Finally, multiple FlowNode elements can be put next to each other, enabling the widest flow ranges achievable today and reducing the traditional gas box footprint," MacKnight explained.

Figure 2: The Reno FlowNode system eliminates the mass flow controller (MFC), significantly reducing gas volumes and pneumatic delays, taking volume in the P1 assembly from 0.5cc to 0.001cc and reducing response time from under 800ms to less than 100ms.

"Many MFCs have insensitivity to upstream pressure changes. However, none except Reno's FlowNode system is insensitive to both upstream and downstream pressure changes. This provides more stable continuous flows, even when there are perturbations induced by other systems turning on and off that feed back to the existing gas flow systems from the main line manifold."

"Due to FlowNode's modular design, we can share valves for multiple functions and eliminate redundant sticks," he explained. "It has been a part of (historic) MFC evolution to go from thermal MFC to pressure-based MFCs. While a pressure-based system greatly improved gas flow control over its thermal MFC predecessor, our FlowNode system is 100 times more stable and repeatable than either of these technologies. This improvement is very important at smaller geometries, where gas stability becomes more critical."

Although Reno has seen a meteoric revenue increase (10 times larger than in 2016,) no company succeeds by resting on its laurels. While Reno has already sold systems to many of the industry's largest manufacturers, great opportunity remains, including developing new plasma process tools that meet specific needs for various applications.

"We collaborate with our customers to understand future requirements, and we are actively developing modifications to our existing designs"”as well as new methodologies"”to address their future needs. We are also designing additional, innovative solid-state-technology RF match and power products, and we are adding new flow features for enhanced gas flow control capabilities," MacKnight said.