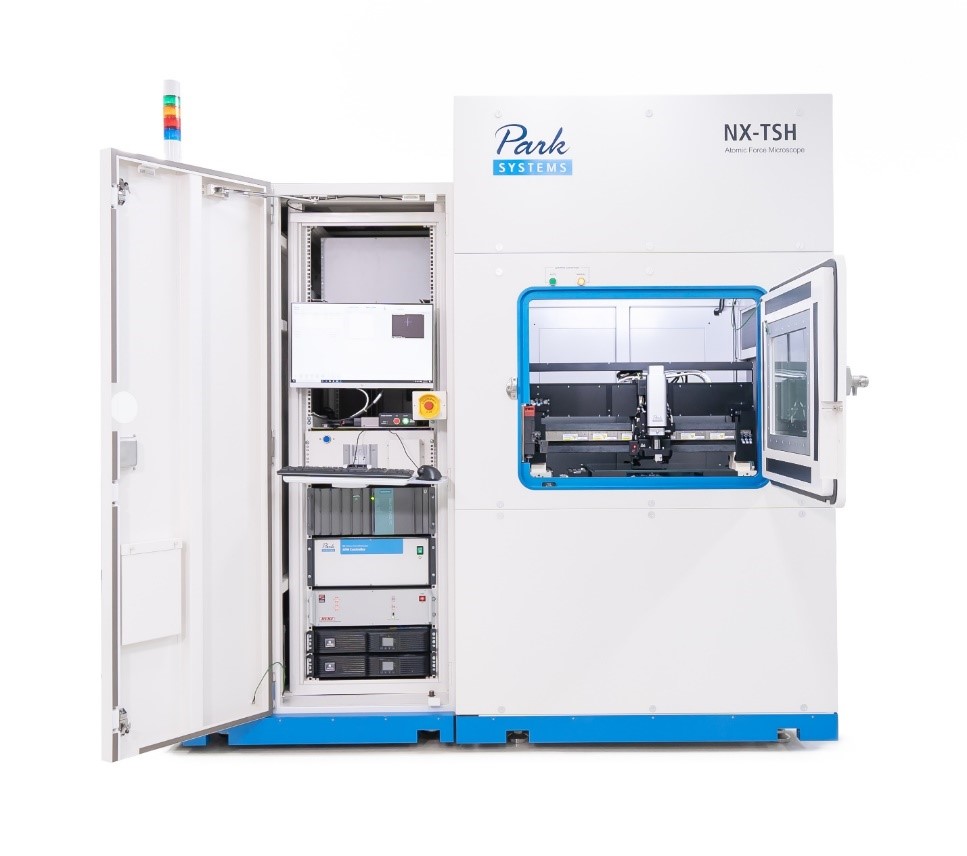 Park Systems has announced its new Park NX-TSH, an automated tip scan head atomic force microscope (AFM) for large sample analysis over 300mm. The Park NX-TSH features conductive atomic force microscopy for electric defect analysis and integrates a micro probe station. The United States introduction has been made in conjunction with SEMICON West where Park Systems has a virtual display. The company hosted a live demo of the system at SEMICON China June 27-29.

The tip scanning head (TSH) is an automated moving tip head for industrial AFM measurements on large samples over 300 mm developed for OLED, LCD, and photonics for large sample analysis. The automated TSH moves on an air-bearing stage and combines x, y, and z scanners moving directly to the desired point on the substrate.

The Park NX-TSH can scan up to 100 µm x 100 μm (x-y direction) and 15 μm in the z direction; it has a flexible chuck to accommodate large and heavy samples. As the demand for larger flat panel displays increases to 65 inches, 75 inches and more, the Park NX-TSH overcomes these size challenges with its automated gantry style tip scanning system.

“Park Systems has scaled up their AFM tools for Gen10+ and all large flat panel displays using the Park NX-TSH (tip scanning head) system, and is the only automated tip scan head for large sample analysis over 300mm,” adds Lee.

In operation, samples are fixed on a chuck within the NX-TSH system, which overcomes size and weight challenges that other systems cannot address. The tip scanning head (attached to the gantry) moves to measurement positions on the surface of the sample according to predetermined scan programmes.

According to Park Systems, atomic force microscopy is the most accurate, non-destructive method of measuring samples at nanoscale. By utilizing the Park NX-TSH, reliable, high resolution AFM images can be obtained for OLEDs, LCDs, photomasks, and more.